DIstress sales (foreclosures and short sales) currently account for 74 of the 104 single family homes that are currently in escrow. There may be some relief in sight for the non-distress sellers. According to the Mortgage Bankers Association the end of the foreclosure crisis may be near.

“The continued and sizable drop in the 30-day delinquency rate is a concrete sign that the end may be in sight,” says Jay Brinkmann, MBA’s chief economist, in a published statement.

Brinkmann said that normally there is a large spike in short-term mortgage delinquencies at the end of the year because of high heating bills and holiday expenditures. This year, there was not only no spike, but the 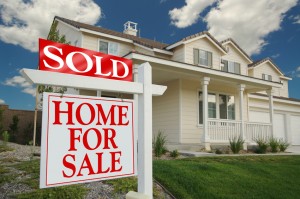 “[This] gives us growing confidence that the size of the problem now is about as bad as it will get,” he said.

The decrease in the delinquency rate is not the only sign that the foreclosure crises in ending. According to an article in The Wall Street Journal by James R. Hagerty (02/23/2010), home buyers that are looking for a steal on a foreclosure is not as easy as it used to be.

“Home buyers hoping to snag a really good deal on a foreclosed home are finding it increasingly difficult because supply is shrinking.

The number of foreclosures that are available for sale nationwide fell to 617,000 in December, down from 845,000 in November 2008, reports Barclays Capital.

Not only have attractive homes in popular neighborhoods already been snapped up, but also government help for distressed buyers is delaying more foreclosures.

Demand is driving up prices. Investors say typical prices have climbed from 75 percent of appraised value to 85 percent or higher when there are bidding wars.”