You are here: Home / Archives for Lots in South Lake Tahoe

Just Sold! Just in time to get started in the Spring of 2020. South Lake Tahoe’s building season!

1810 Elks Club Drive, South Lake Tahoe, CA 96150 in El Dorado County is an excellent opportunity! This large 14,705 square foot wooded county lot has 26% coverage and an IPES score of 924. With easy access to both Pioneer Trail and Highway 50, this superb home site is just minutes from Heavenly Ski Resort and the lake. Do not miss out on this affordable county lot! 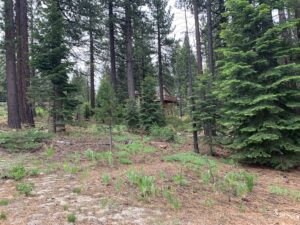 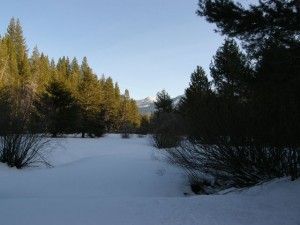 One of the last available meadow front lots left in South Lake Tahoe! This 7500 square foot meadow front lot has great meadow and mountain views. This great home site has an IPES score of 655 and 4% coverage. Additional coverage is currently available on the South Lake Tahoe MLS for $30 per square foot. Do not miss out on this great setting! Currently there is no waiting for an allocation in El Dorado County so you can begin building this spring! 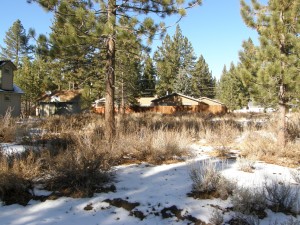 Do not miss out on this level lot in Al Tahoe only one block from the meadow! A two story house will take advantage of filtered meadow views and great sunshine. This 5973 square foot lot has 30% coverage and an IPES score of 893. Al Tahoe is centrally located in South Lake Tahoe close to the beaches, Heavenly Valley, and the Casinos. The City of South Lake Tahoe also has a limited number of allocations available with no waiting time. For more information on this great lot or other lots in South Lake Tahoe, please give Brent Johnson a call today!

The South Lake Tahoe real estate market has been much better than the weather! There are now has 95 single family homes in escrow. There have not been that many homes in escrow since the peak of the market in July of 2005!

Vacant lots in South Lake Tahoe are also starting to sell. There are now 5 lots that are in escrow. Although that may not seem like a lot of escrows, there are more lots now in escrow than there has been in the last year!

Here is a list of the lots in South Lake Tahoe that are currently in escrow:

Here is a list of the lots in South Lake Tahoe that have sold so far this year.

With the median sales price of lots in South Lake Tahoe now under $100,000, they are finally starting to sell again. Although permit costs are still the same, building costs, labor, and materials are down. There are a lot of quality contractors looking for work. Now may be one of best times to buy a lot and build your dream house in Lake Tahoe!

The speculators, developers, and investors that were buying the lots in South Lake Tahoe and earning massive returns on their investments have just stopped buying land. The days of six figure returns on spec houses are over for now, so the inflated lot values have taken a huge hit. Buyers used to be able to purchase a vacant lot, get in line for an allocation with the city or county, and then sell the lot for almost double what they paid for it after the allocation had been received. Now lots with allocations are not selling for much more than the lots without allocations.

The price of homes in South Lake Tahoe has also affected the lot market. Buyers can now purchase a small house or a fixer upper for close to what lots were once selling for. Currently the average price of the foreclosures for sale in South Lake Tahoe is $332,344, well less than what it would cost to buy a lot and build a home.

Looking at the statistics, it is easy to see how quickly lots in South Lake Tahoe appreciated in the last 6 years. It is also clear that the volume of lot sales has quickly decreased. I expect to see a major reduction in the median sales price of lots this year. There have already been some big price reductions on both lots with and without allocations.

Although I do expect lot prices to continue downward, I still think that it is a great time to by if you can find a motivated seller and pay less than market value. There are some great city and county lots for sale under $100,000, which we have not seen since 2003/2004.  The time it takes to get an allocation is also much quicker now, especially in the county.

Here is the definition of a vacant lot from wikipedia:

In real estate, a lot is a tract or parcel of land owned or meant to be owned by some owner(s). A lot is essentially considered a parcel of real property in some countries or immovable property (meaning practically the same thing) in other countries. Possible owner(s) of a lot can be one or more person(s) or another legal entity, such as a company/corporation, organization, government, or trust. A common form of ownership of a lot is called fee simple in some countries.

Sometimes, some may refer to a lot as a rather small area of land that is empty except for pavement or similar improvement. An example would be a parking lot. This article covers lots as parcels of land meant to be owned as units by an owner(s).

A lot has defined boundaries (or borders) which are documented somewhere, but the boundaries need not be shown on the land itself. Most lots are small enough to be mapped as if they are flat, in spite of the curvature of the earth. A characteristic of the size of a lot is its area. The area is typically determined as if the land is flat and level, although the terrain of the lot may not be flat, i. e, the lot may be hilly. The contour surface area of the land is changeable and may be too complicated for determining a lot’s area.

Something which is meant to improve the value or usefulness of a lot can be called an appurtenance to the lot. Structures such as buildings, driveways, sidewalks, patios or other pavement, wells, septic systems, signs, and similar improvements which are considered permanently attached to the land in the lot are considered as real property, usually part of the lot but often parts of a building, such as condominiums, are owned separately. Such structures owned by the lot owner(s), as well as easements which help the lot owners or users, can be considered appurtenances to the lot. A lot without such structures can be called a vacant lot, an empty lot, or an unimproved or undeveloped lot.

Lots can come in various sizes and shapes. To be considered a single lot, the land described as the “lot” must be contiguous. Two separate parcels are considered two lots not one. Often a lot is sized for a single house or other building. Many lots are rectangular in shape, although other shapes are possible as long as the boundaries are well-defined. Methods of determining or documenting the boundaries of lots include metes and bounds, quadrant method, and use of a plat diagram. Use of the metes and bounds method may be compared to drawing a polygon. Metes are points which are like the vertices (corners) of a polygon. Bounds are line segments between two adjacent metes. Bounds are usually straight lines, but can be curved as long as they are clearly defined.

Many times, developers divide a large tract of land into lots to make a subdivision out of it. Certain areas of the land are dedicated (given to local government for permanent upkeep) as streets and sometimes alleys for transportation and access to lots. Areas between the streets are divided up into lots to be sold to future owners. The layout of the lots is mapped on a plat diagram, which is recorded with the government, typically the county recorder’s office. The blocks between streets and the individual lots in each block are given an identifier, usually a number or letter.

Land originally granted by the government was commonly done by documents called patents. Lots of land can be sold/bought by the owners or conveyed in other ways. Such conveyances are made by documents called deeds which should be recorded by the government, typically the county recorder’s office. Deeds specify the lot by including a description such as one determined by the “metes and bounds” or quadrant methods, or referring to a lot number and block number in a recorded plat diagram. Deeds often mention that appurtenances to the lot are included in order to convey any structures and other improvements also.

When the boundaries of a lot are not indicated on the lot, a survey of the lot can be made to determine where the boundaries are according to the lot descriptions or plat diagrams. Formal surveys are done by qualified surveyors, who can make a diagram or map of the lot showing boundaries, dimensions, locations of any structures such as buildings, etc. Such surveys are also used to determine if there are any encroachments to the lot. Surveyors can sometimes place posts at the metes of a lot.

The part of the boundary of the lot next to a street or road is the frontage. Developers try to provide at least one side of frontage for every lot, so owners can have transportation access to their lots. As the name implies, street frontage determines which side of the lot is the front, with the opposite side being the back. Sometimes minor, usually unnamed driveways called alleys, usually publicly owned, also provide access to the back of a lot. When alleys are present, garages are often located in back of a lot with access from the alley. Also when there are alleys, garbage collection may take place from the alley. Lots at the corners of a block have two sides of frontage and are called corner lots. Corner lots may have the advantage that a garage can be built with street access from the side, but have the disadvantage that there is more parkway lawn to mow and more sidewalk to shovel snow from.

In front of many lots in urban areas, there are sidewalks, usually publicly owned. Beyond the sidewalk, there may sometimes be a strip of land called a parkway, and then the drivable part of the street.

Local governments often pass zoning laws which control what buildings can be built on a lot and what they can be used for. For example, certain areas are zoned for residential buildings such as houses. Other areas can be commercially, agriculturally, or industrially zoned. Sometimes zoning laws establish other restrictions such as a minimum lot area and/or frontage length for building a house or other building, maximum building size, or minimum setbacks from a lot boundary for building a structure. This is in addition to building codes which must be met. Also minimum lot sizes and separations must be met when wells and septic systems are used. In urban areas, sewers and water lines often provide service to households. There may also be restrictions based on covenants established by private parties such as the developer. There may be easements for utilities to run water, sewage, electric power, or telephone lines through a lot.

Like most other types of real estate, lots owned by private parties are subject to a periodic real estate tax payable by the owners to local governments such as a county or municipality. Real estate taxes are assessed based on the value of the real property. Sometimes there are also taxes when a lot is sold based on the sale price. Other fees by government are possible for improvements such as curbs and sidewalks or an impact fee for building a house on a vacant lot.