You are here: Home / Homes in South Lake Tahoe / Has California’s Housing Market Hit the Bottom?

Has California’s housing market hit the bottom? According to an article in the Wall Street journal by Jim Carlton, “California’s inventory of unsold, previously owned homes shrank to a five-year low in December, in another sign that the state may be coming out of its worst housing slump in decades.”

The supply of unsold single-family homes dropped to 3.8 months from 5.6 months a year ago and 16.6 months in January 2008, when inventories were at a peak, according to estimates by the California Association of Realtors. The inventory levels are now at their lowest levels since 2005, resulting in frenzied 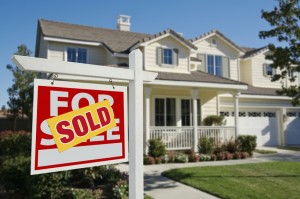 sales with multiple offers in some cities.

The current inventory rate is running well under California’s historical average since the 1980s of about an eight month supply of existing homes on the market. That’s partly because a once huge supply of foreclosures in the state has dwindled. In November, foreclosed properties accounted for 40% of all single family sales, new and used, in California, compared with 58% in January, according to the most recent estimates by Zillow.com a market tracker.

Jim Carlton also points out that prices are also stabilizing. “Although most home prices remain well below their pre-bust highs of three years ago, California’s overall housing markets has shown stabilizing since early last year. The median price of an existing, single family home rose 8.4% from a year ago to $306,820, marking the second consecutive year-over-month jump, according to estimates by the state Realtors‘ association.

Weather California’s housing market has hit the bottom or not, property values and interest rates are enticingly low. Adding the first time home buyer incentives and the existing home owner incentives from the government there may not be a better time to buy real estate in South Lake Tahoe!