Whether you are a water lover, boater, or just like great views, you can not beat the Tahoe Keys area for real estate in South Lake Tahoe. The lake is just about full and the water channels in the Tahoe Keys look great! I was just out in the Keys looking at homes and the setting is amazing. There were boats and jet skies cruising out to the lake, gardeners working on the nicely landscaped yards, and kids fishing off of the docks! 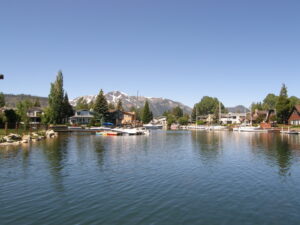 Tahoe MLS. Out of the 49 Tahoe Keys homes on the market, 42 are active and 7 are in escrow.

Here are the current statistics for the Tahoe Keys homes that are currently listed:

There are currently18 condos in the Tahoe Keys that are listed on the South Lake Tahoe MLS. Out of the 18 condos that are on the market, 15 are active and 3 are in escrow. There are 3 short sale listings and one bank owned foreclosure listing.

So far this year there have been 12 condos in the Tahoe Keys that have been sold. One of the condos that was sold was a bank owned foreclosure and one was a short sale. Last year during the same period there were only 8 Tahoe Keys condos that were sold, and one of those sales was a foreclosure.

For more information regarding the Tahoe Keys Real Estate market or to set up an appointment to see some Tahoe Keys Properties, please contact Brent Johnson at (530) 416-2625.